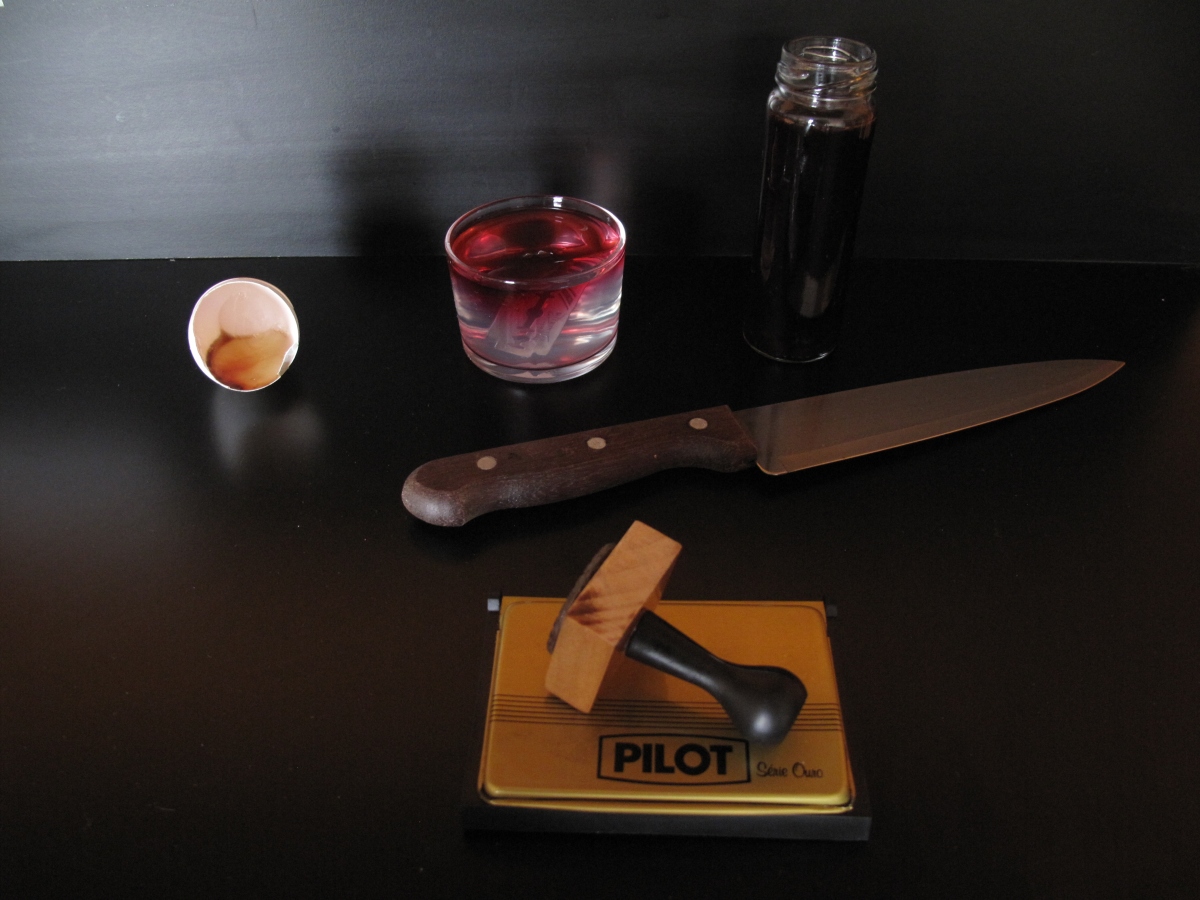 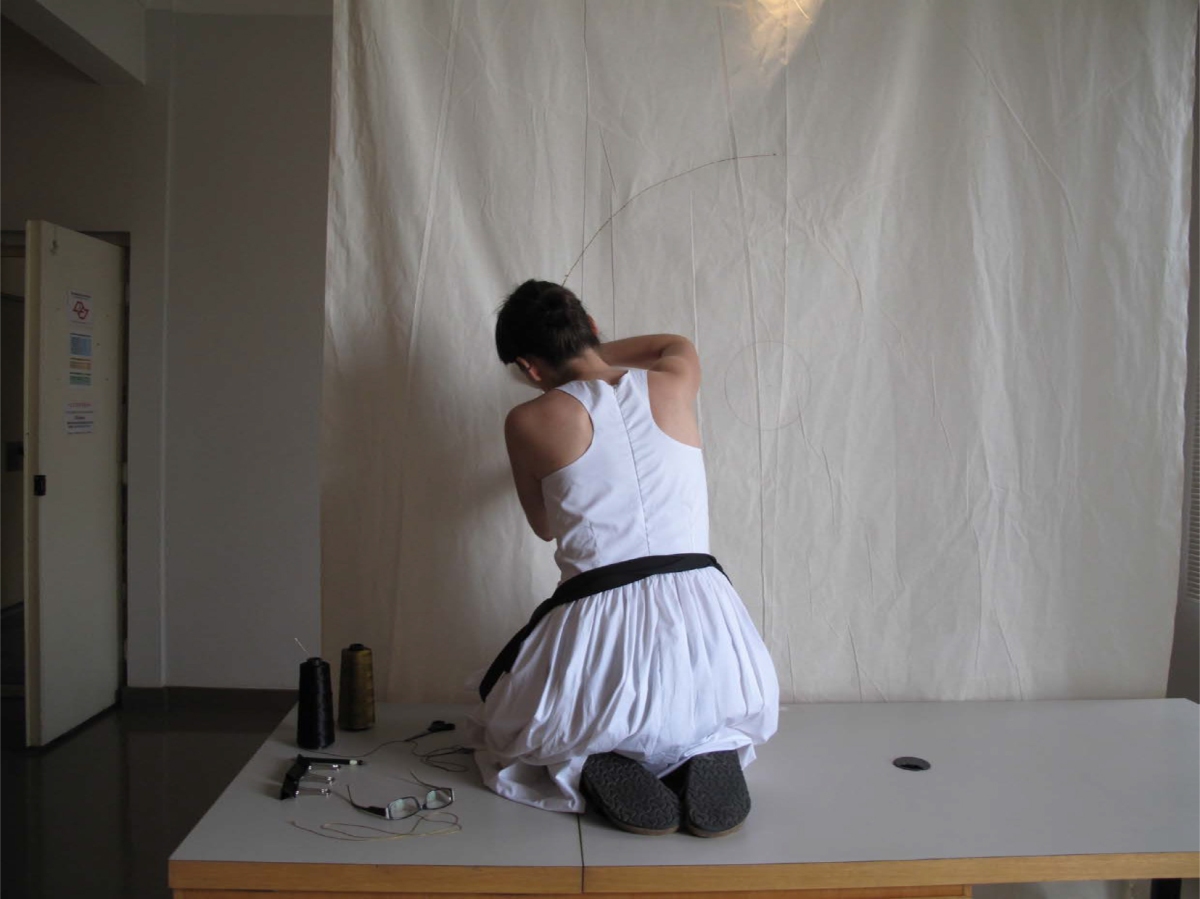 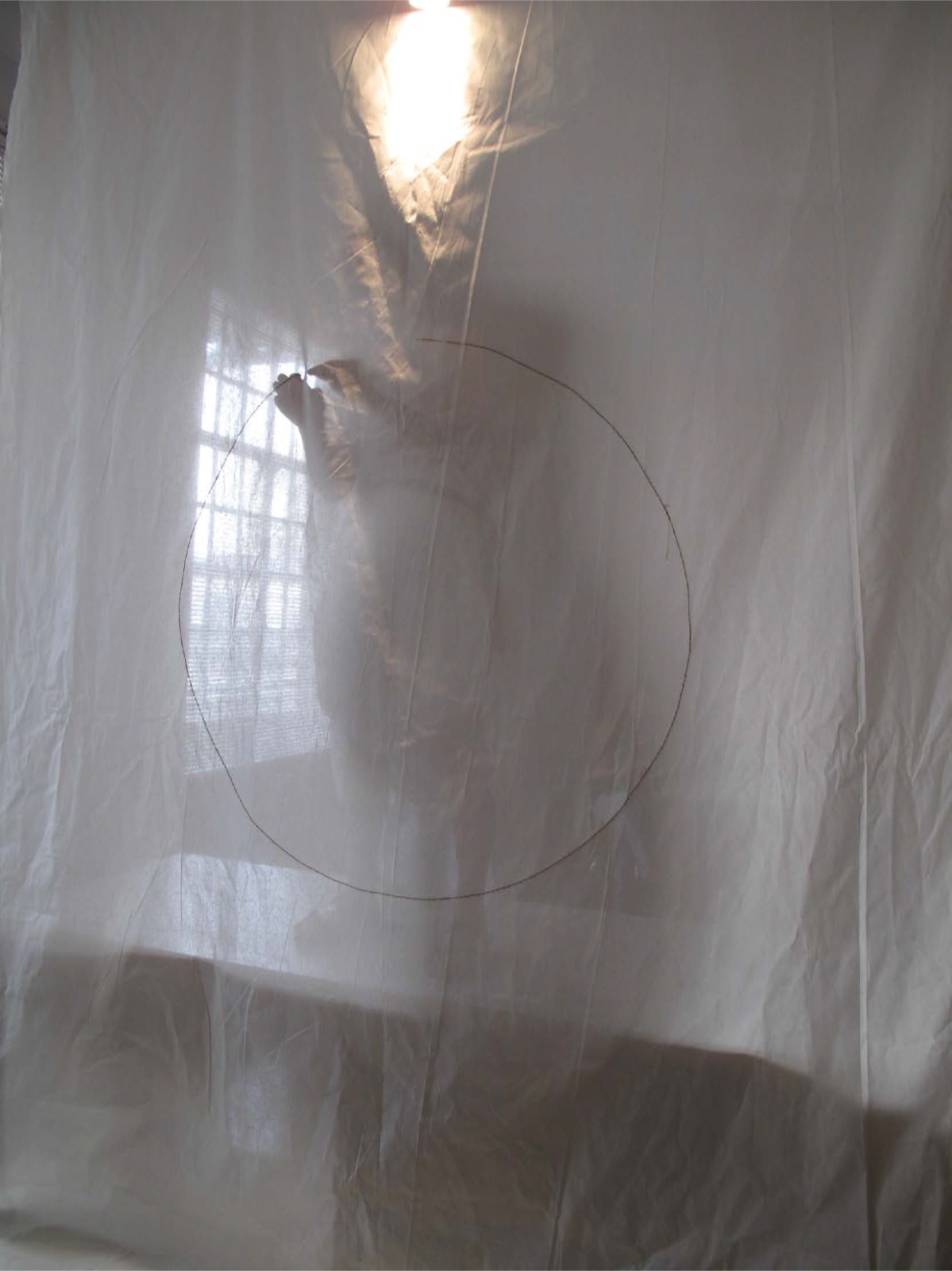 Inside a room, suspended from the ceiling, a white fabric with 5 meters long per 2 meters wide, on top of a table, two thread rolls – black and gold, a scissor, a needle and a pair of glasses.
The action begins on top of the table with the embroidery of a golden circle. After finishing the golden circle the second part begins: diagonal black lines are embroidered – a needle pierces the center of the circle, the performer comes down the table, encircles the fabric to the opposite side, pulls the needle, makes a straight line out of the circle and again pierces the needle through the fabric outside the circle, encircles the fabric to the opposite side, climbs the table, pulls the needle, pierces the fabric in the center of the circle and repeats the same action over and over again.
Ending the lines, with the same black line, a smaller circle starts to be embroidered inside the existing golden circle. This is the end.

During the action, some objects produced for it are disposed at the entrance: a container filled with colourless gelatin, a bottle containing a red liquid, a knife, a blade and a stamp with a HIV virus representation – for stamping the wrists of some of the viewers, a symbol similar to the one that is being embroidered – a dark beauty.