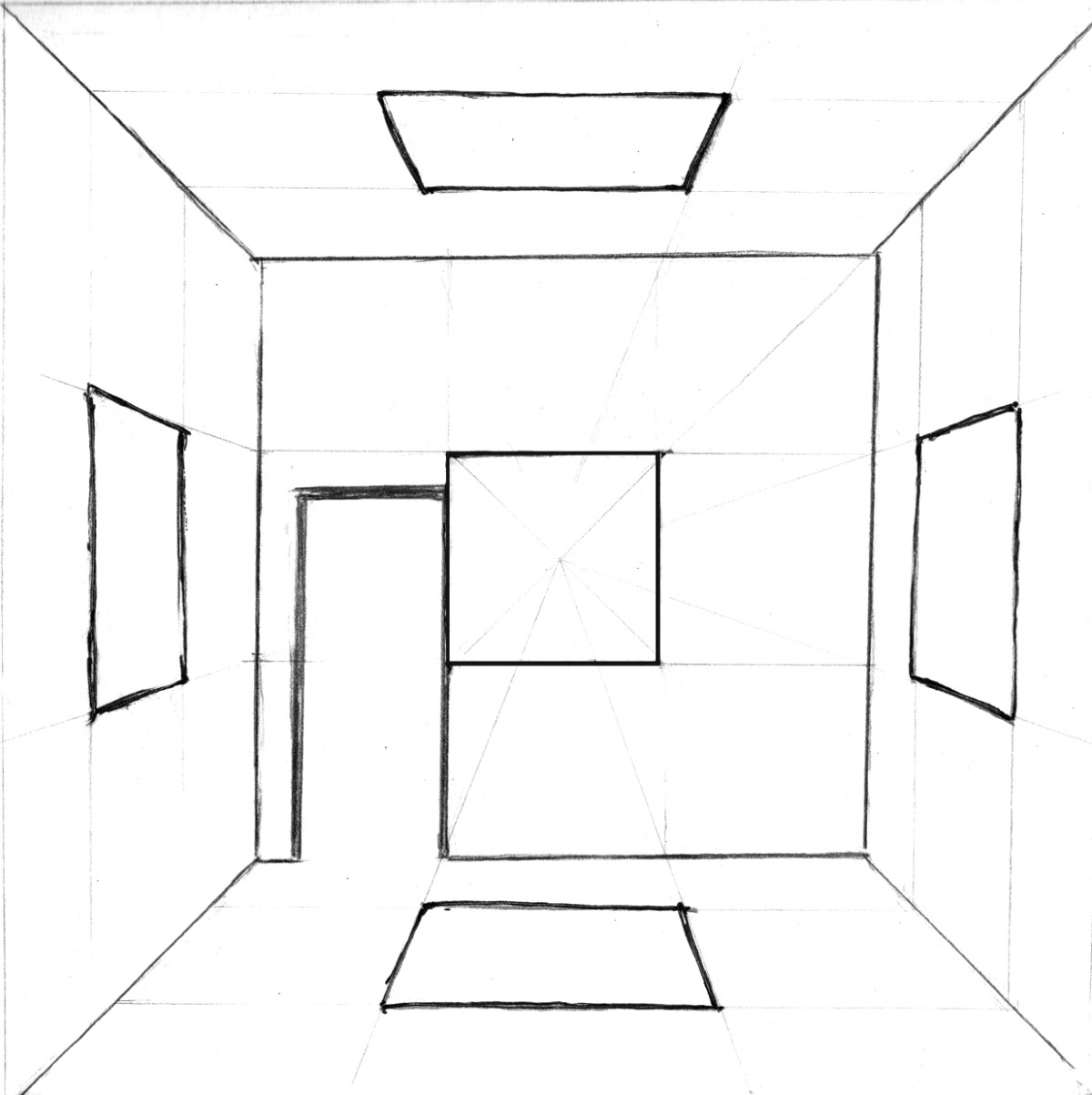 The project Diagrams was developed for the “emptycube” space, an independent and non-commercial platform. In the proposal that was submitted to me, there was no restriction imposed concerning the development of the project, except for the issue of the small space where it would be presented.
Since the proposal sprung from the concept of space, and this is an idea that drives my work, I decided to start the research for my project from that point. This research gave way to two main expressions: writing and geometric drawing. The diagram drawn/written on the wall facing the space’s entrance, intermingling words and connections, leads us to reflect on the abstract concept of space, demonstrating the processual way of reaching a goal that remains undefined.
In the main room, the geometric projection of a one square meter cube was drawn in the walls and on the floor; the room itself being a cube, the three-dimensional object represented by its projection was situated on its centre.
The spectator placed on the centre of the room would have to find his or her relation with the public and private space represented by the (inexistent but projected) cube. When the spectator was in the centre, that space was his own, but only on that moment; afterwards another spectator, another individual moment, would take his place.