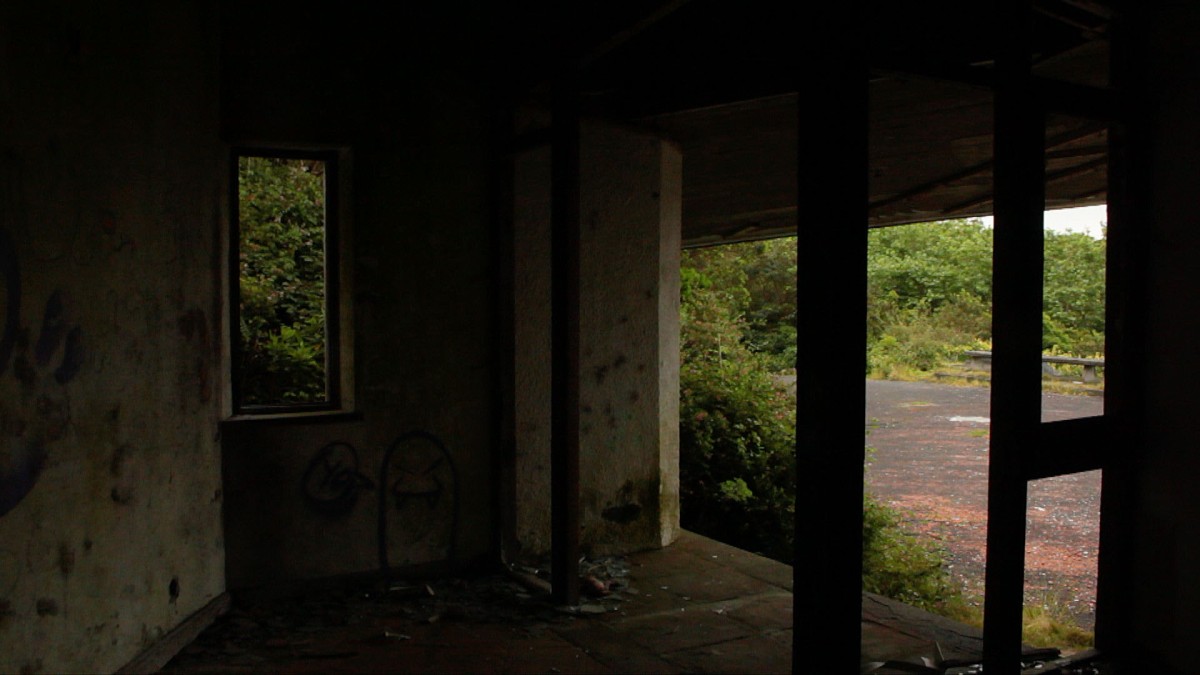 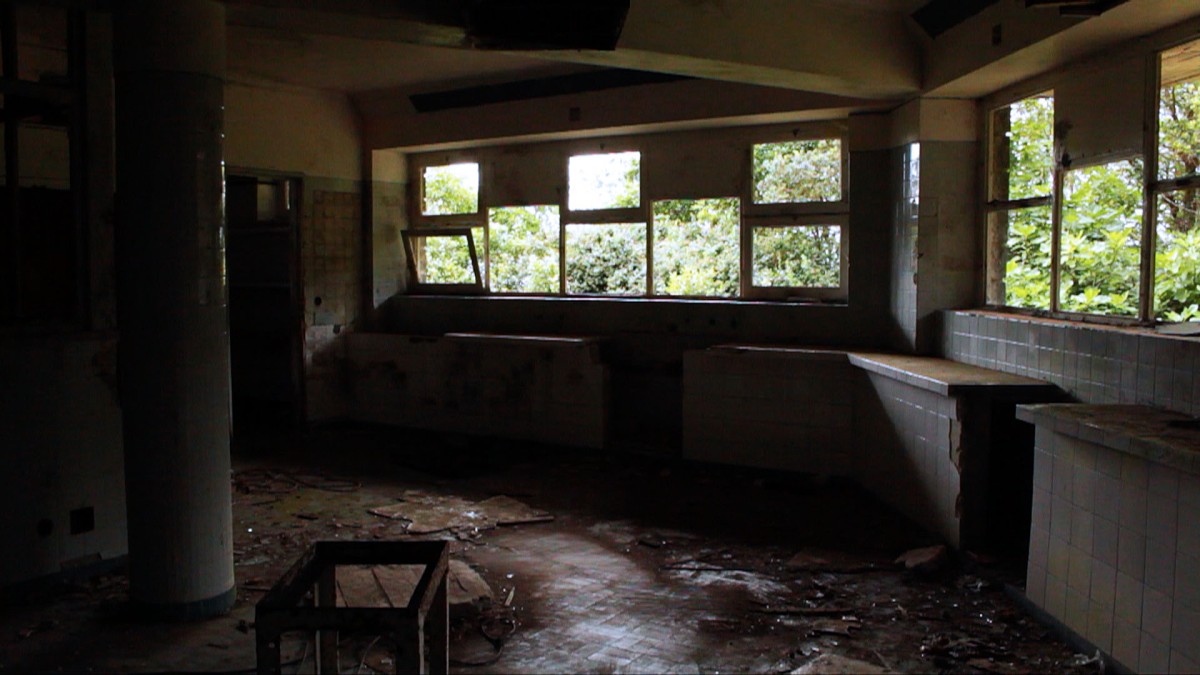 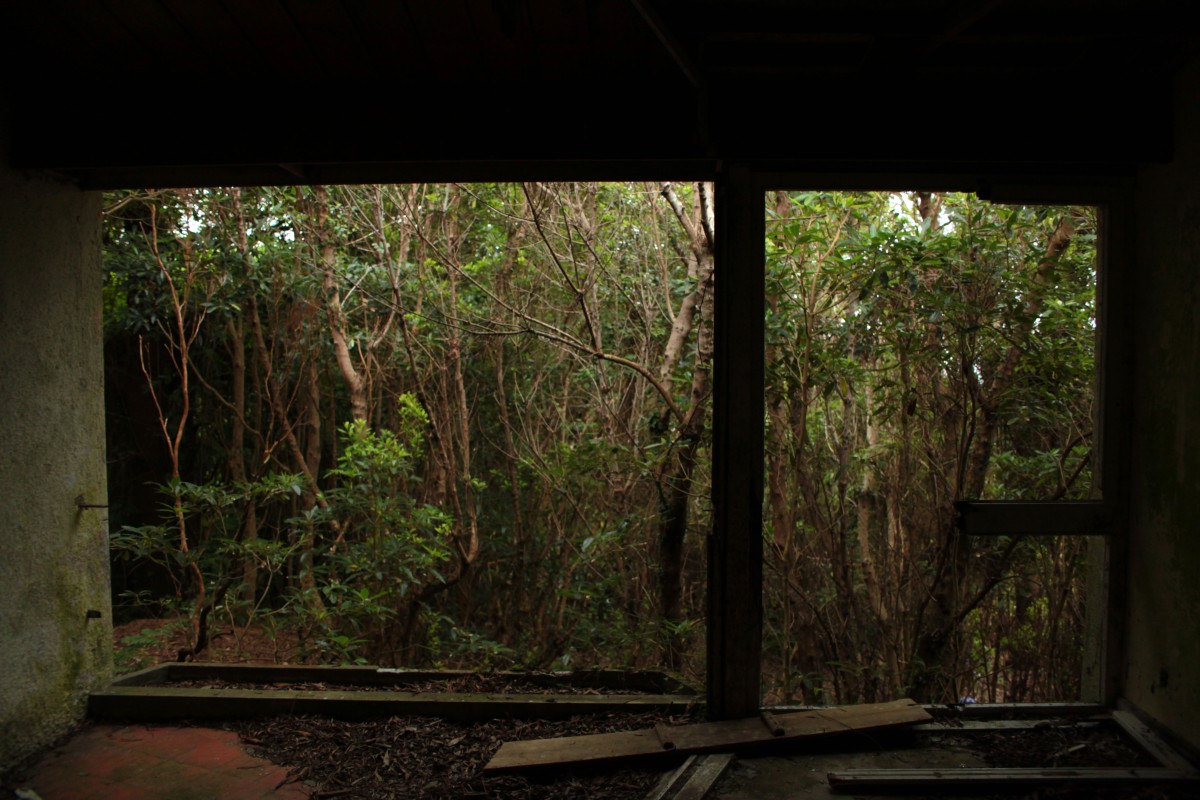 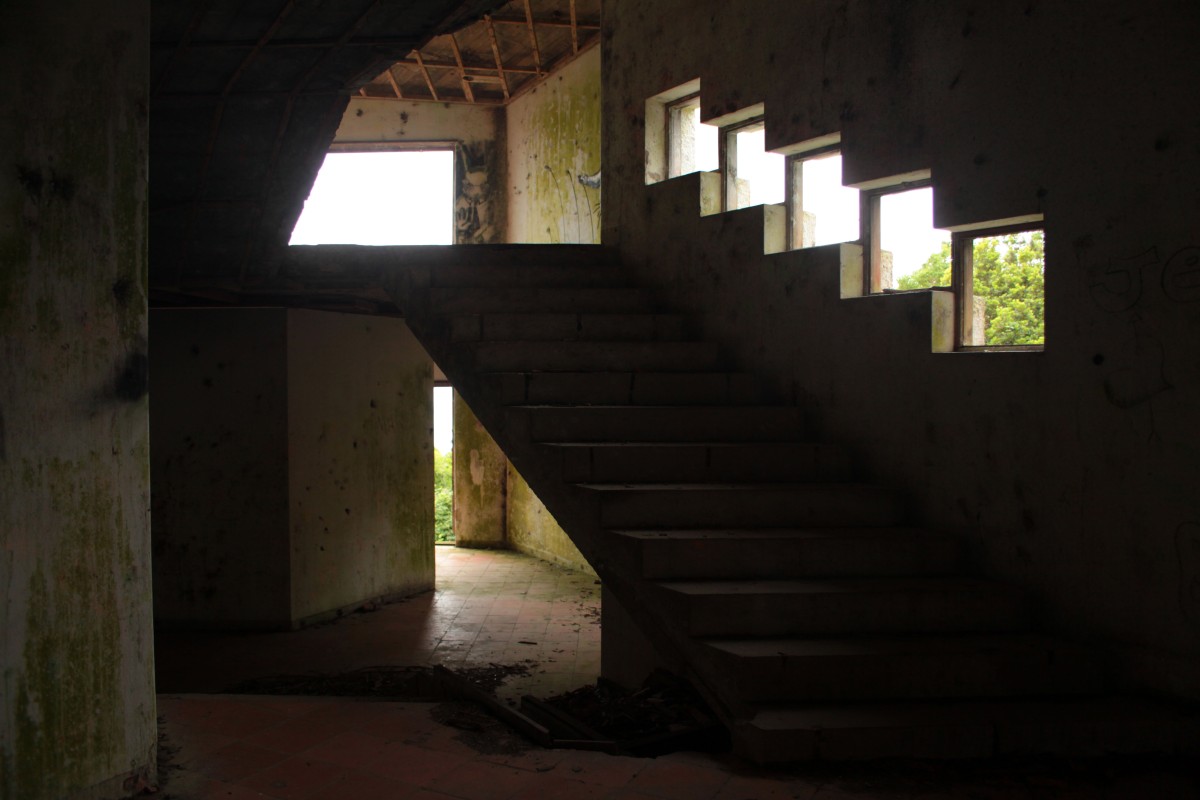 This video comes in the continuation of a publication, To the North, South, East and West, nothing. The curtain falls. End of Act One. (2012), that includes several stories concerning an inn located at the island of Terceira, Azores. This modernist building from the ’60s, designed by the architect João Correia Rebelo has a historical background connected to the dictatorial Portuguese regime that ruled Portugal for 48 years until 1974. It’s a ruin nowadays, classified as a building of public interest, something that did not prevent its vandalising and looting.
In the publication, which I consider the video’s script, I constantly played with fiction and facts, somehow questioning the idea of historical truth. Departing from a very concrete evidence (the building) and a very subjective experience (one’s relation with the space), I created a fiction happening in that space which I, as a the writer, couldn’t of course have experienced, and that aimed to describe and mediate a space no longer exists as an Inn, but as a ruin. My interest in this building started when I came across a paradox – the space was/is representative of a manifesto (by the architect himself) against the (regime) architecture of his time just as it was/is a symbol of the dictatorship, having been a meeting point of a few heads of state during Salazar’s dictatorship.
In the video the body behind the camera will uncover what it expects from the space, what it perceives from it, what it desires to build with the images – a new architecture, a new history, a history that merges with other histories and many stories that will further be perceived and developed by the observer. During the video the necessary time for observation is provided, a sensorial experience for the body that observes, internalises, and is guided within the space to the inside of a narrative to be told in every step. An inside journey that takes its time, in a sort of recovery. The mirror of what was and what is a “piece” of land by the sea, degraded and beautiful. A contemplation of space and time, an expectation of what it could/can come.