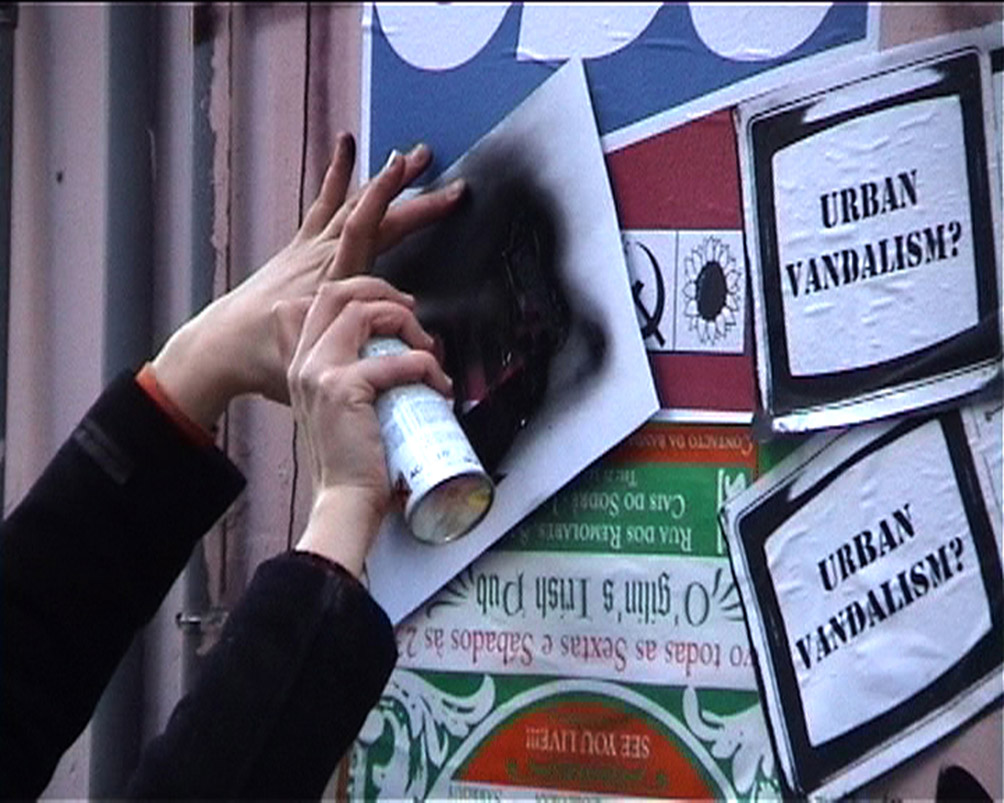 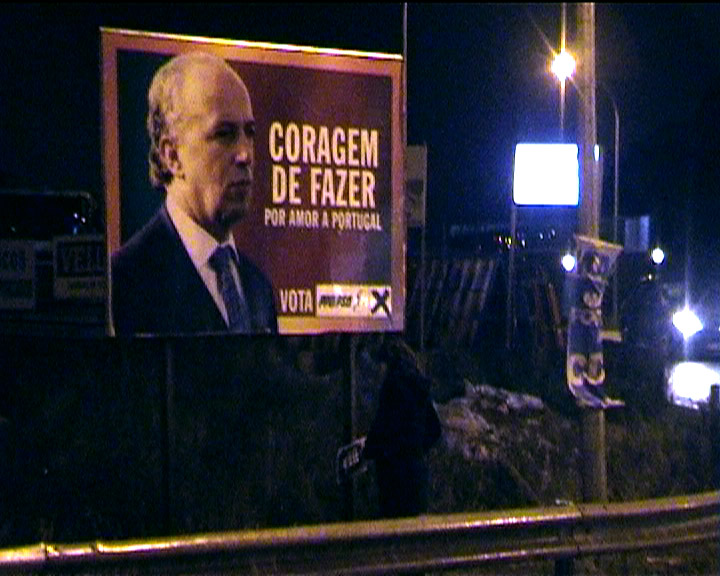 Political marketing has evolved, becoming increasingly organized and mediatized, in such a way that it can be now compared to consumer goods’ advertising.
In election times every corner is invaded by an overwhelming amount of propaganda; billboards and outdoors burst from nowhere, political party leaders invade television, radio and newspapers. During two or three months nothing else is mentioned but the improvement each party should bring to the country and society. Visual Vandalism is a reply to that publicity: black prints, using the image of a television and a stencil with the word “BLA” were posted on top of political billboards in Lisbon. As Peter Weibel claims, “In the media world, the world as event disappears and becomes a mere image, a spectacle and likewise a phantom (…)” and were “The higher the fetish character of an image, the more is paid for this image as good.” It makes sense in this intervention using an image of a television set, as well as the representation of the political rhetoric by using this stencil (BLA), as Peter Weibel claims about politics in Ctrl [space]: rhetorics of surveillance from Bentham to Big Brother, “politics becomes a theatre of instincts, subjected to compulsive repetition because it underlies a tendency to restore an earlier state of affairs”.
The goal of this intervention was solely to make a statement against the political parties’ visual visualism, widespread during their campaigns aimed at achieving POWER.