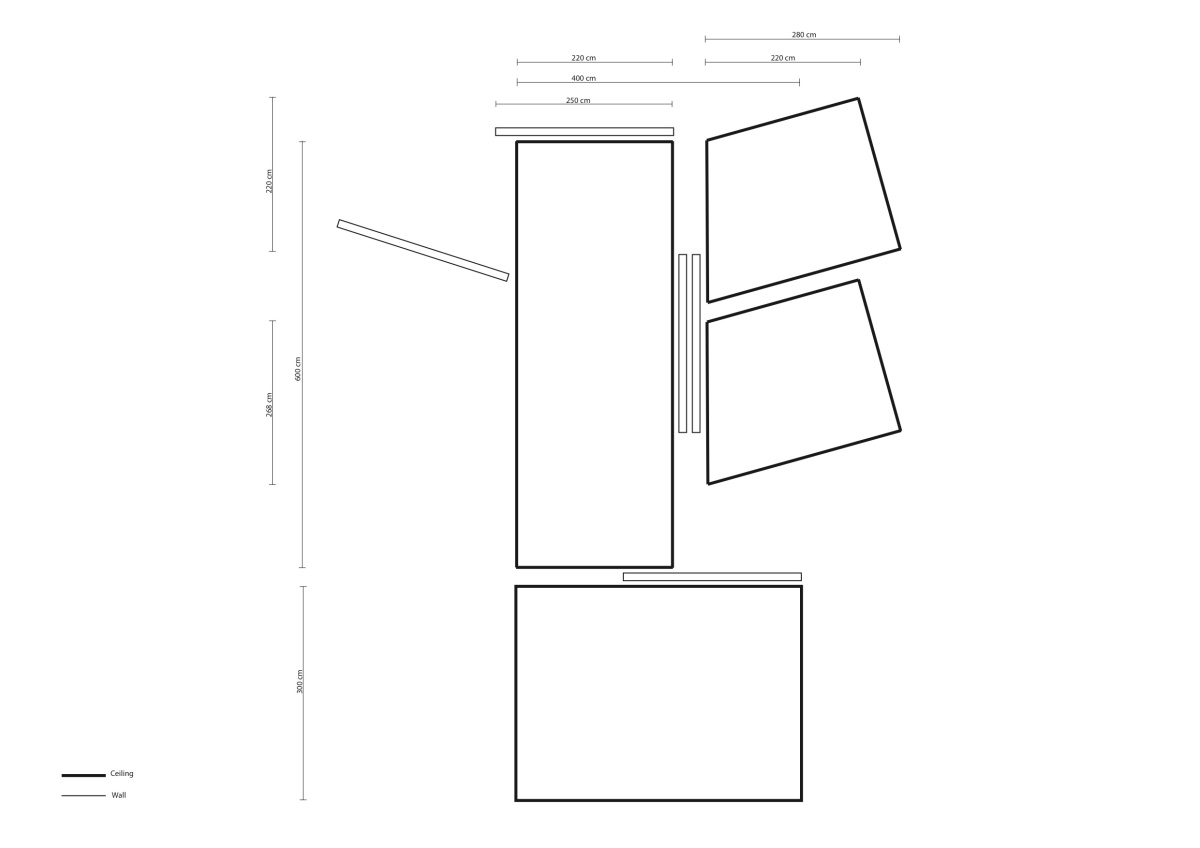 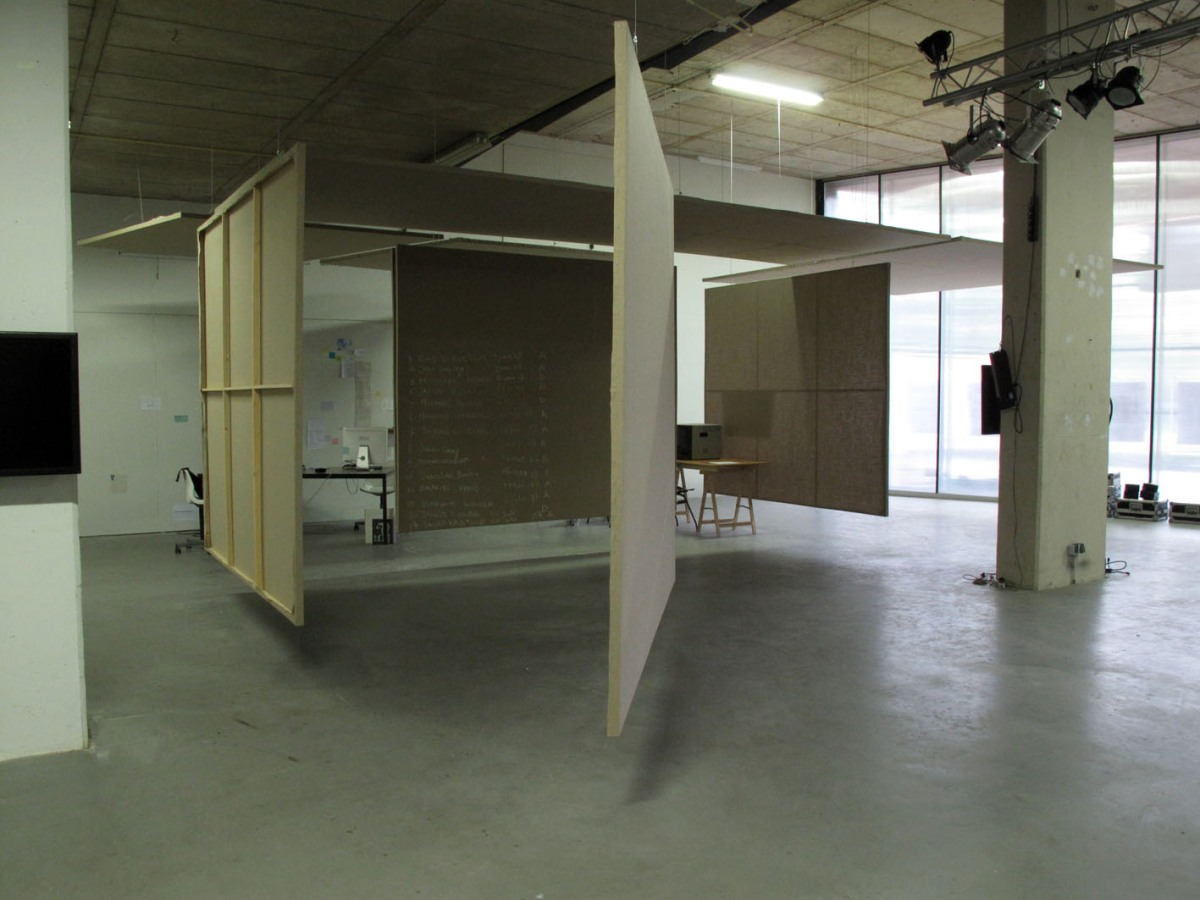 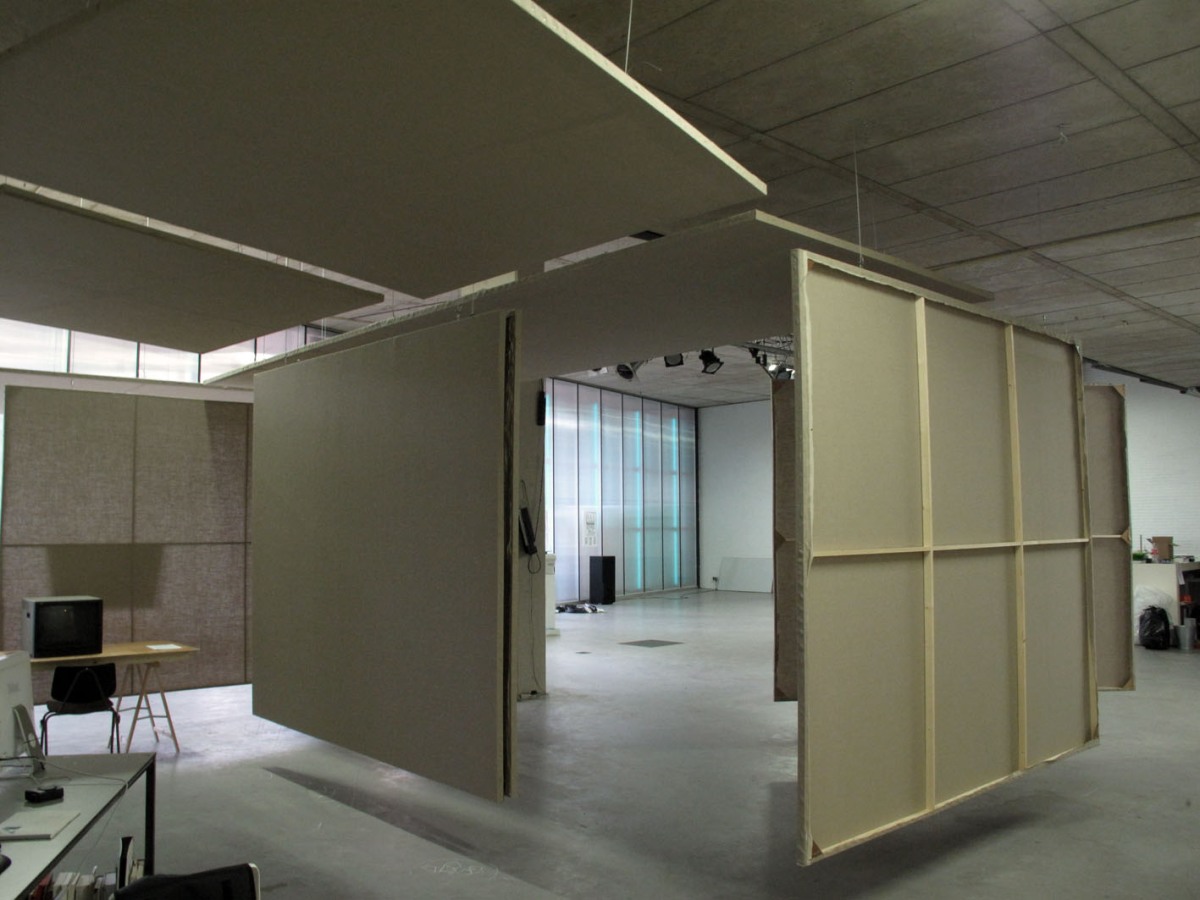 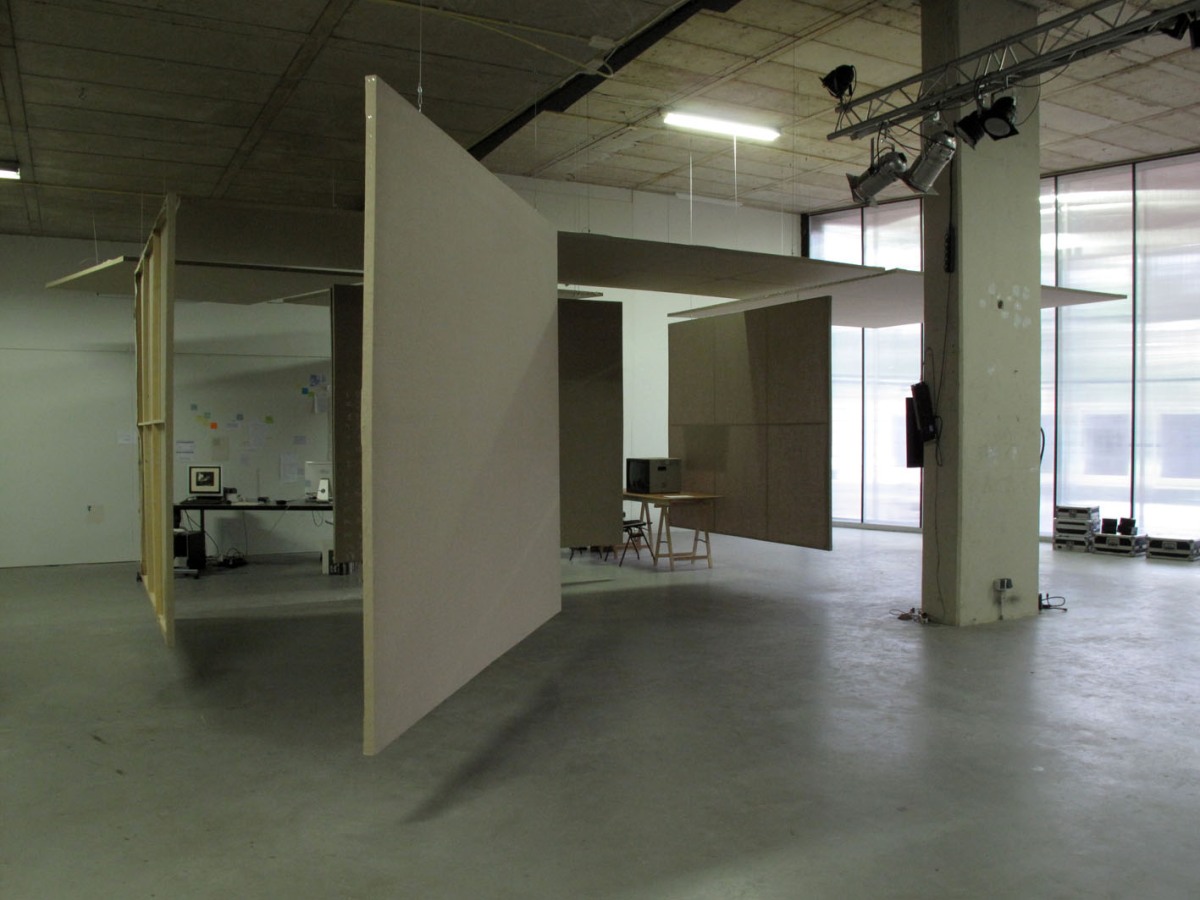 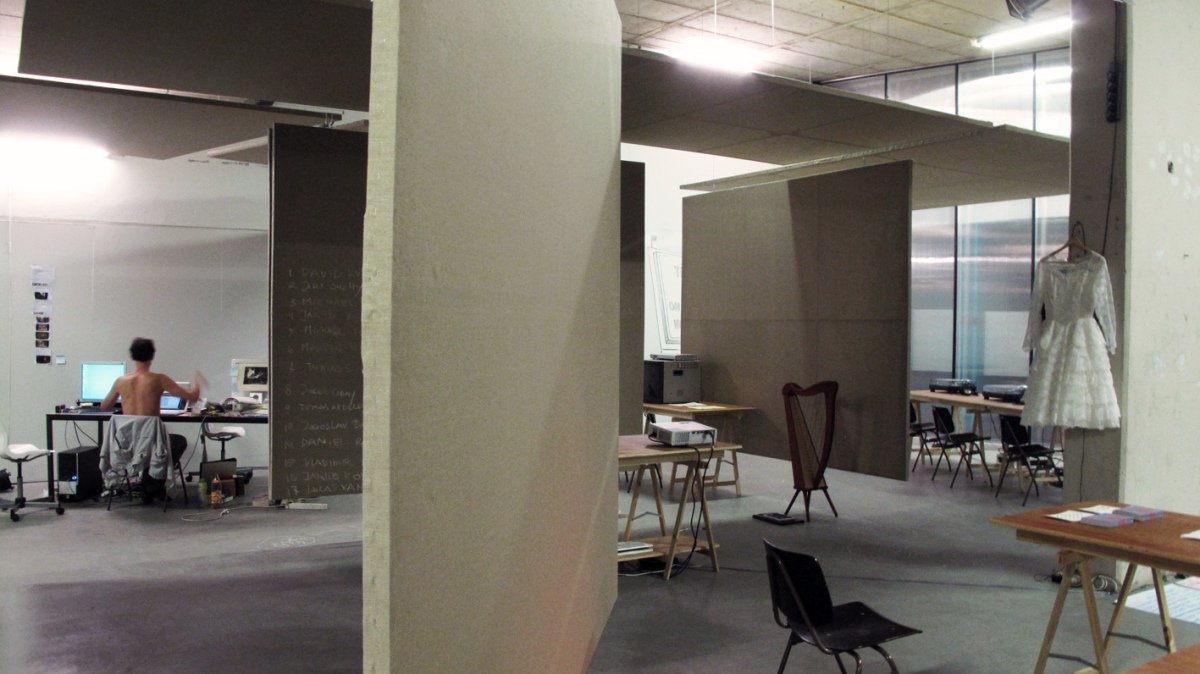 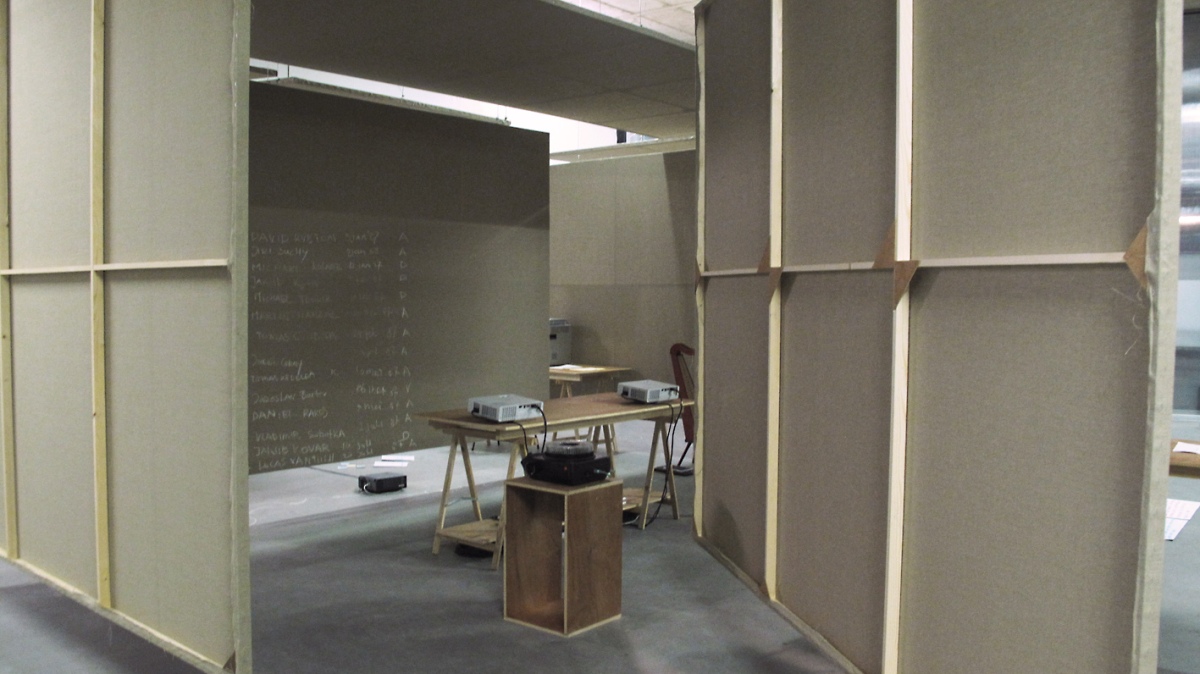 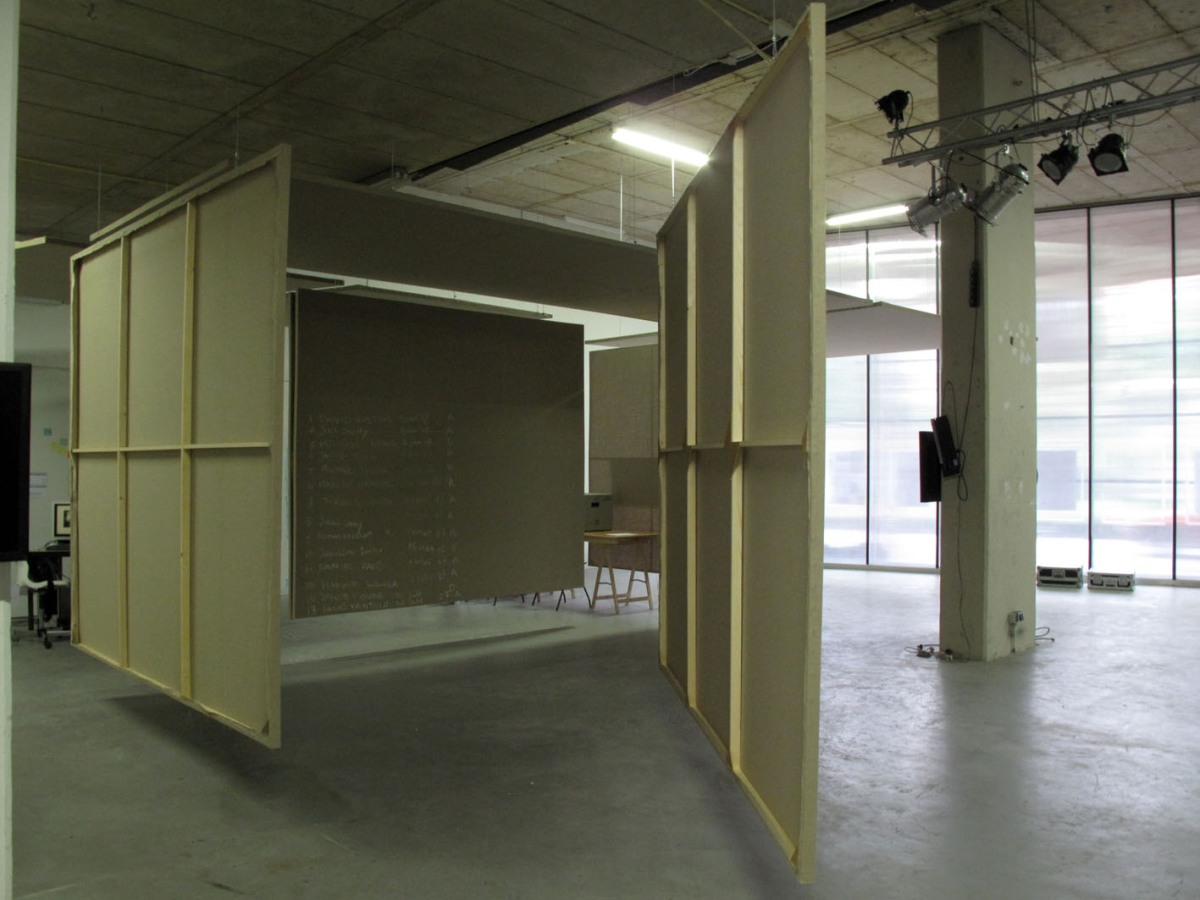 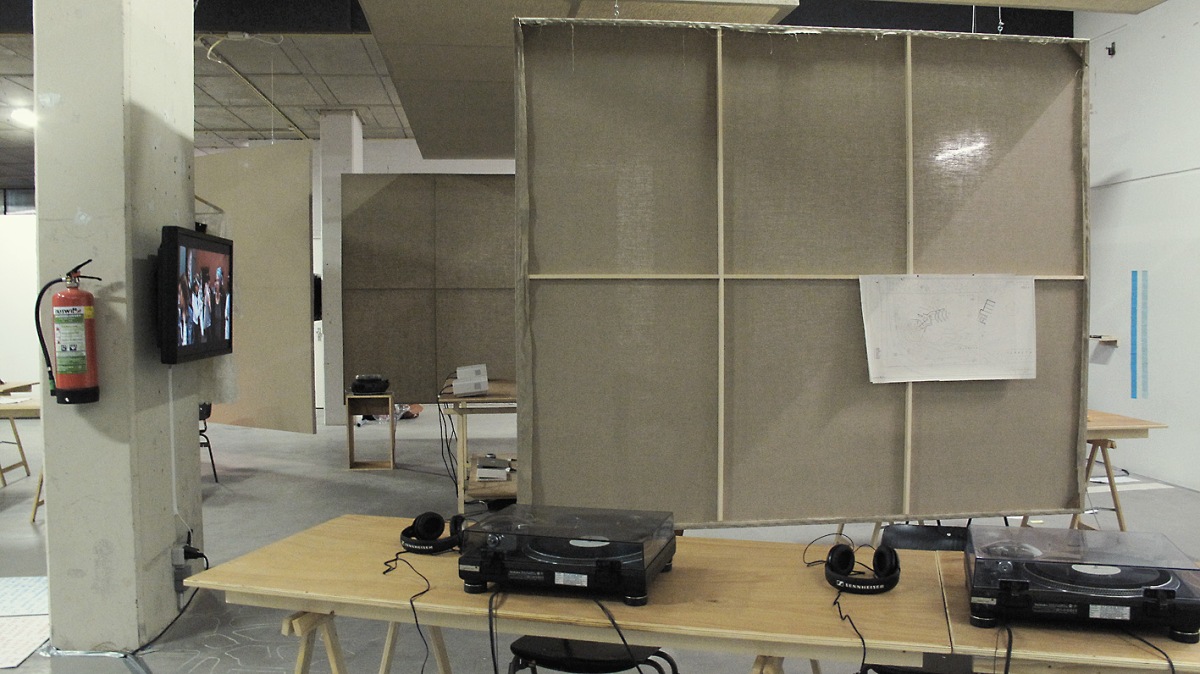 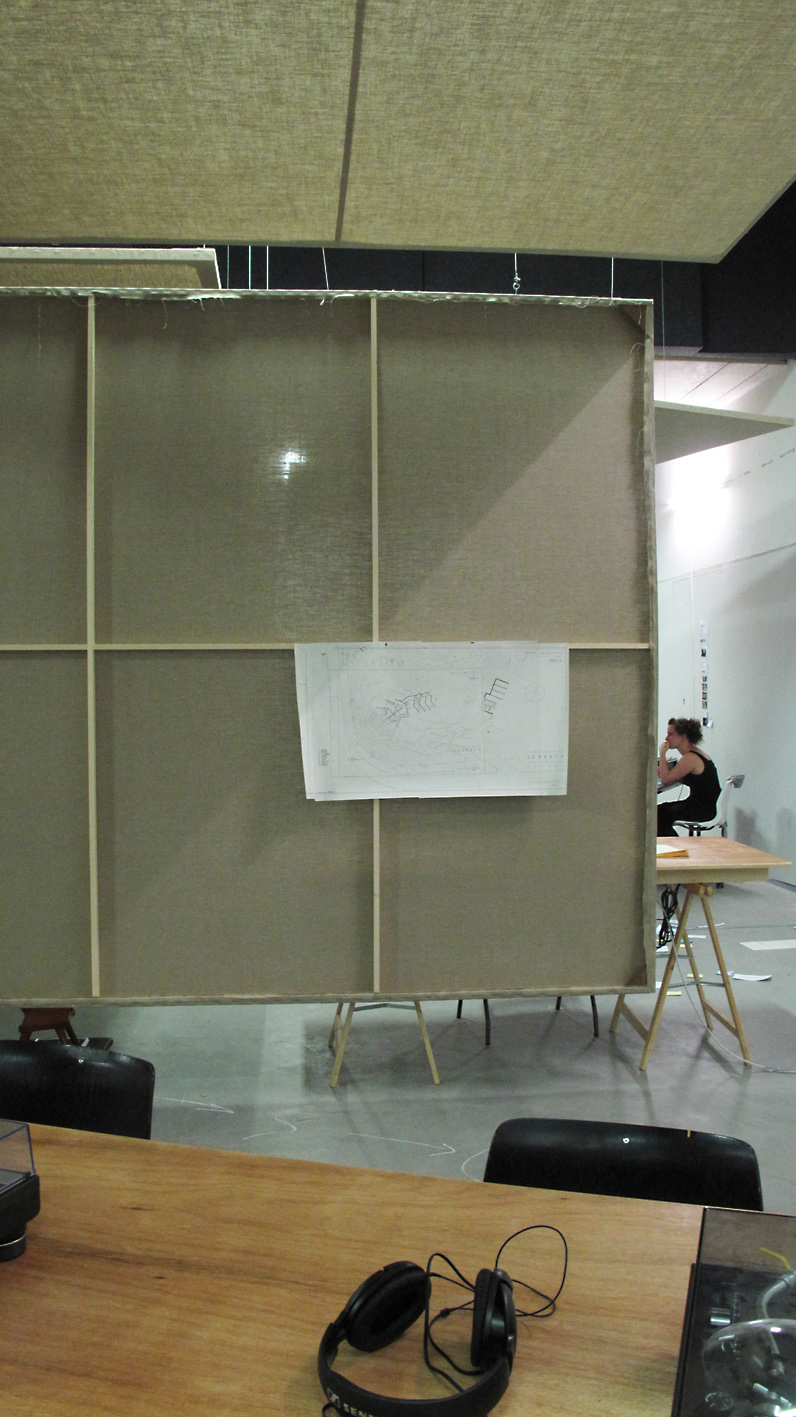 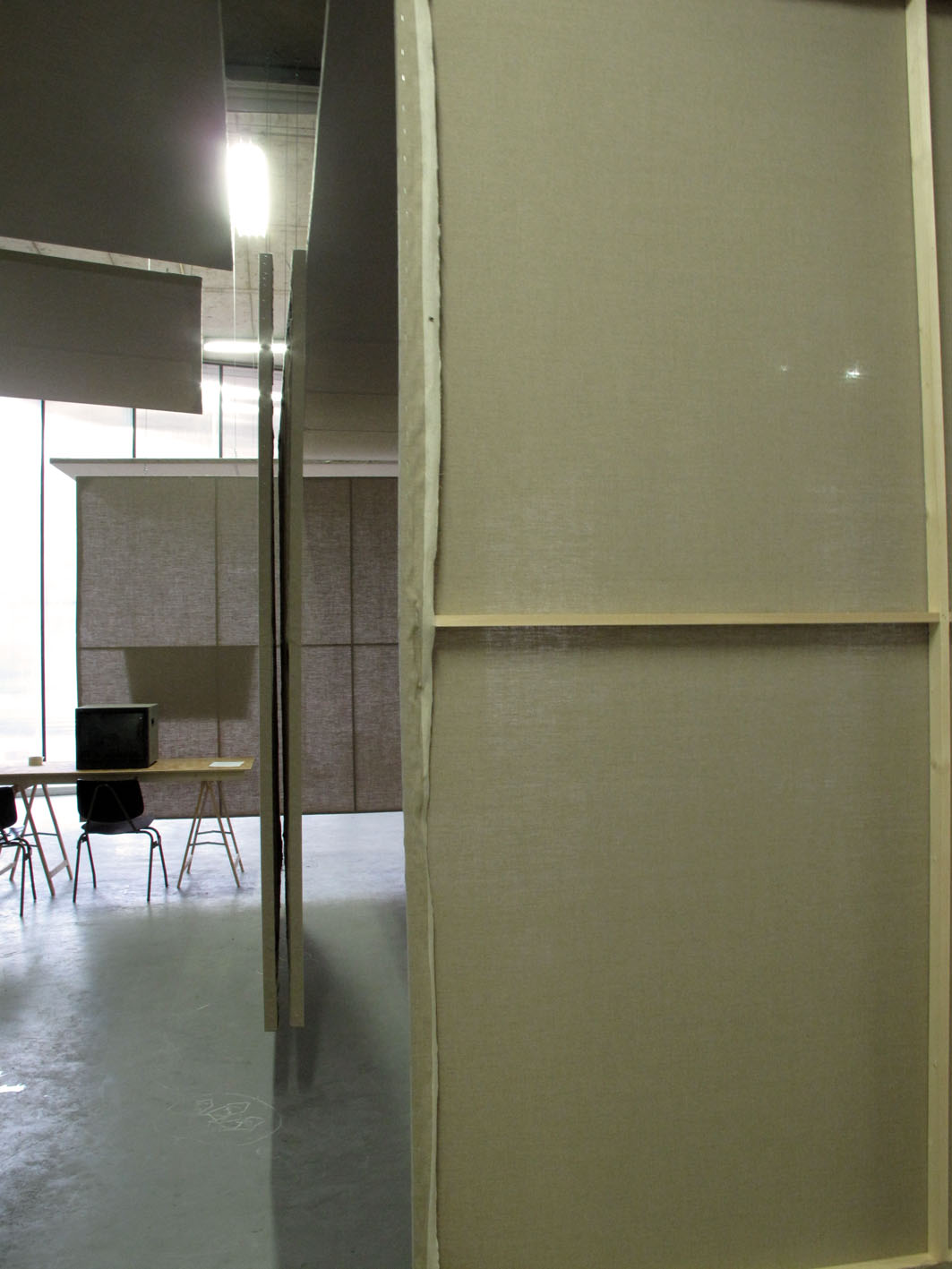 A structure inspired by an inn’s architecture, the space in which the action of a publication takes place, “To the North, South, East and West, nothing. | The curtain falls. End of Act One.” (2012).
The goal of this project was to organize the space for an exhibition with an architectural structure. Being an open and cold space, the nine canvases that divided it gave the space the possibility of being variously circled, similarly to the actual place where the architecture is all about the adjustment to the ground and the feeling of being lost within the space, through the corridors.
The concept and the overall organisation of the exhibition space were strongly discussed with the curator (Grant Watson) since the piece would host the other pieces. It was an opportunity to think about a bridge between the inn (from the publication) that temporarily hosted several people and the architectural structure that would temporarily host some of the works. Even though the actual space is a ruin, although a solid one, the piece has a kind of transient feeling like that of being one of the inn’s guests.