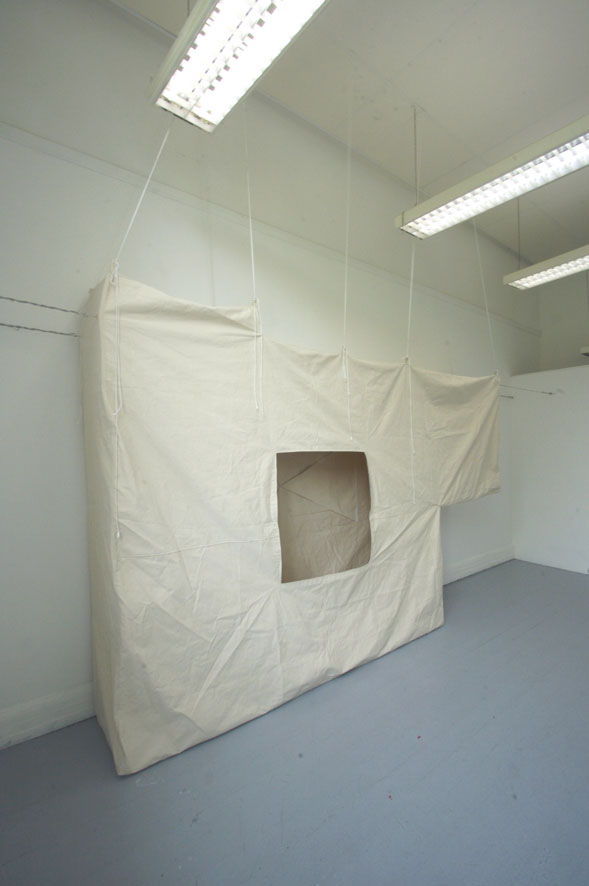 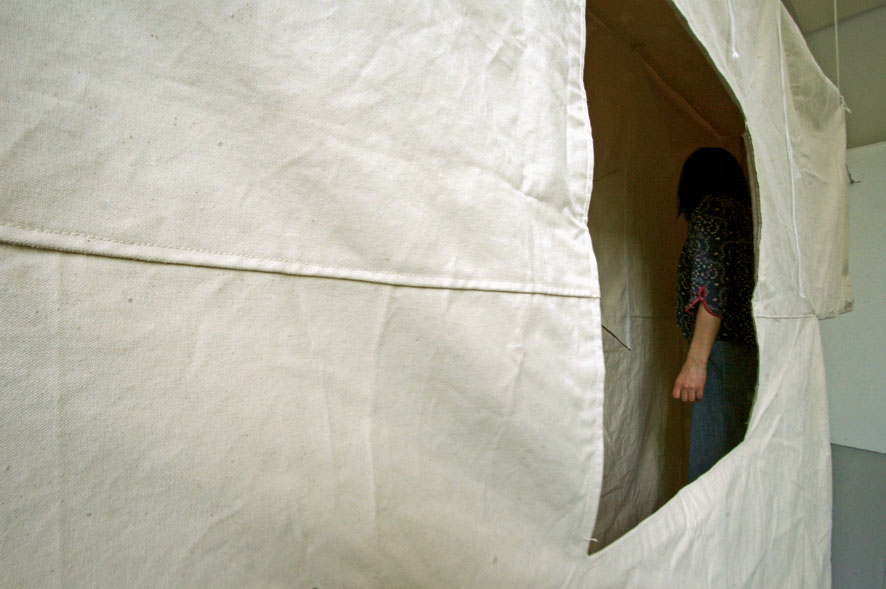 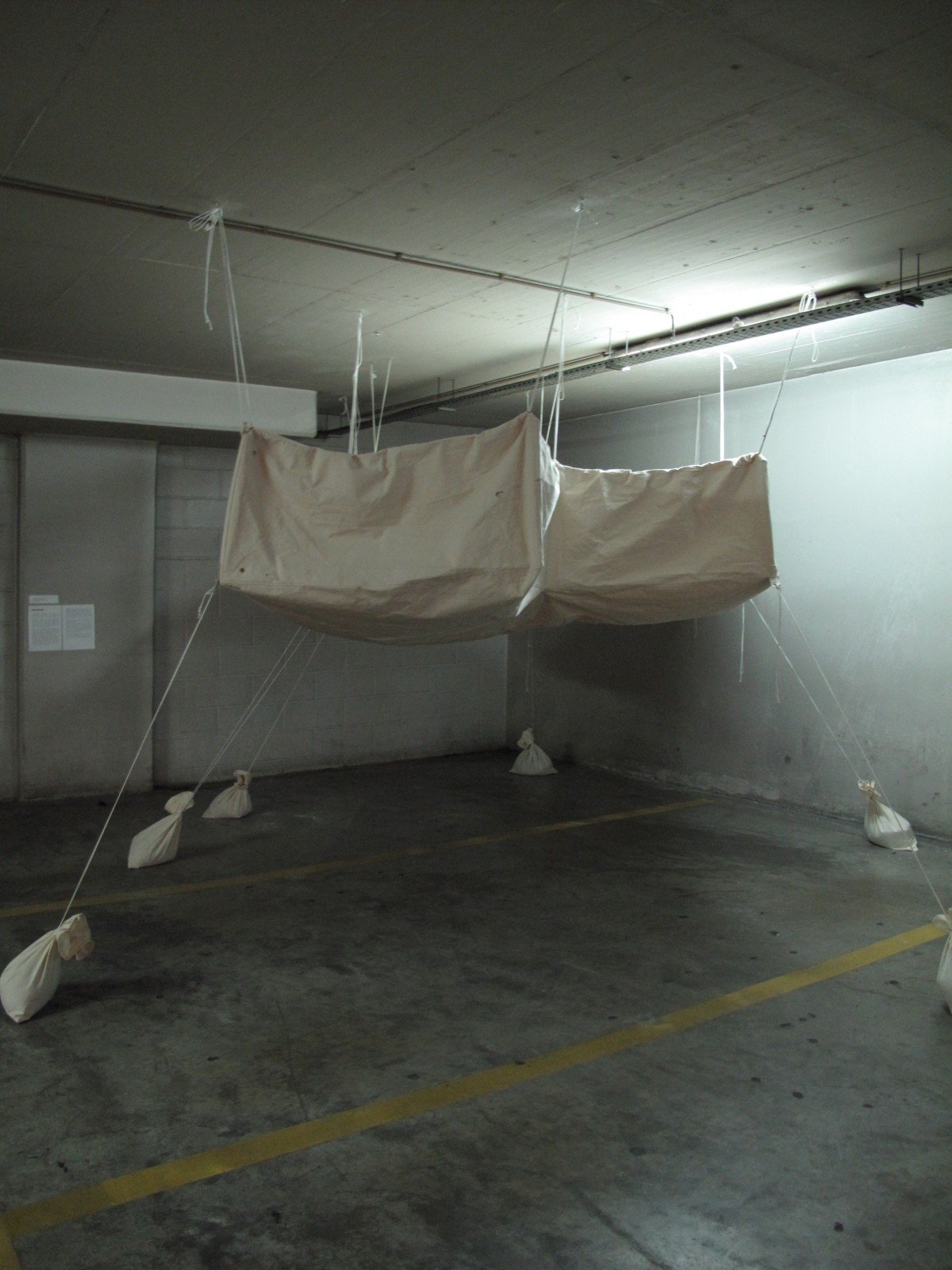 The temporary moving/transfer of a space that we consider a haven, our shelter, makes us miss that space which features as a departure and arrival point, like a port/harbour.
The conception of this item is based on the notion of movement, of living in places other than “ours”, on the concept of inhabiting – an inborn or acquired concept; it also arises from the need to recreate space: a haven that can be transported to other places, like a second layer of skin.
In a 1970s house a false ceiling was built in the entrance hall with the single objective of storing the memories of those who lived in the house – thus making use of a void space. This space was built in 1988 by all those that would use it to keep their mementos.
Similarly to all attics, spaces where we store memories, this one was also forgotten.  It was only opened to take out or place something there very rapidly. In 2007, on one of those days in when nostalgia invades us, when we just want to recall moments of the past, the sketches of the various studies for the construction of this rather complex space were found amongst many other forgotten objects. By analysing these sketches one understands that it was a long-term project.  A well thought out idea that would not be perceived by strangers and would feature as the ideal hideaway, just like Gaston Bachelard describes his Poetics of Space, when mentioning the space to live in: “In every dwelling, even the richest, the first task of the phenomenologist is to find the original shell”.
The existential, dwelling space is considered something which is not lifeless, something that transcends the geometry of space; above all it is full of life.
Following Gaston Bachelard’s line of thought, the recreation of this hideaway of memories made of a malleable material, easy to shape and transport with life beyond the geometricity afforded by architectural lines predominantly used in a rigid, not shapeable manner. This reproduction contradicts the concept of shelter, house, hideaway because it is made of cloth like a tent – somewhat fragile which intends to exist and endure like a space within living spaces.