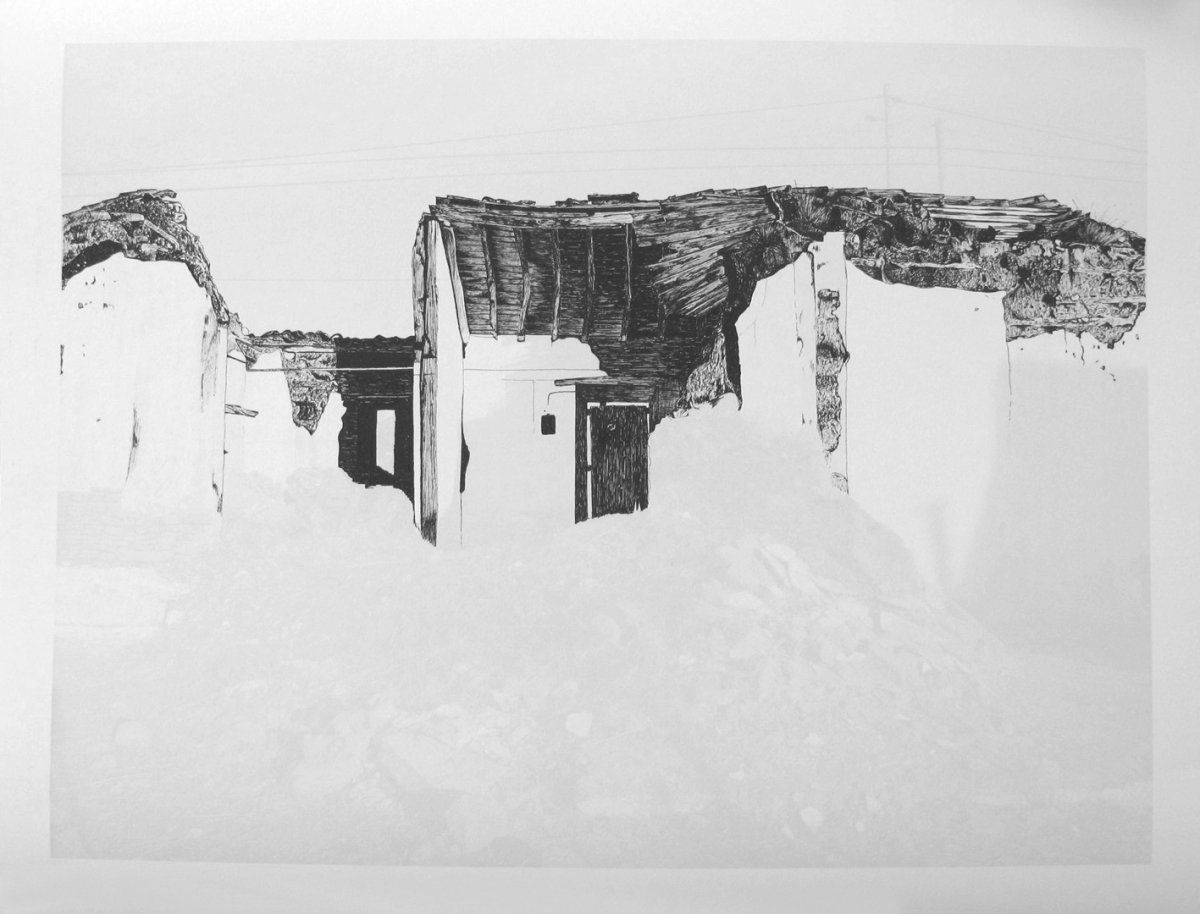 The idea of property right assumes utmost importance in the history of human lived experience. If we recall the reason for the conflicts between peoples we understand that in most cases the main objective of said conflicts was the conquest of land associated to the demonstration of power.
These conflicts, with the same objectives, seem an eternal feature of human societies; and as time goes by a different outcome of property (be it earned by conquest or peacefully) comes to light – abandonment, and its legacy of ruins.

The ruins depict a different type of landscape; they are part of it. My ruinophilia (a fascination for ruins) arises from a desire to restore them, to know all about their past and revive them. As it is not possible to recover their history and rebuild their actual space, I contemplate the pictures and stop their deterioration at that very moment when I capture their image.
In this specific work the idea was to demonstrate the feeling of arresting decay so that my memory might endure.  If for some reason the image became blurry I would retouch it with strokes. Restoring by drawing becomes somewhat more physical and once again I contemplate the picture, which I know in detail and recall all its past until the moment the image was captured.